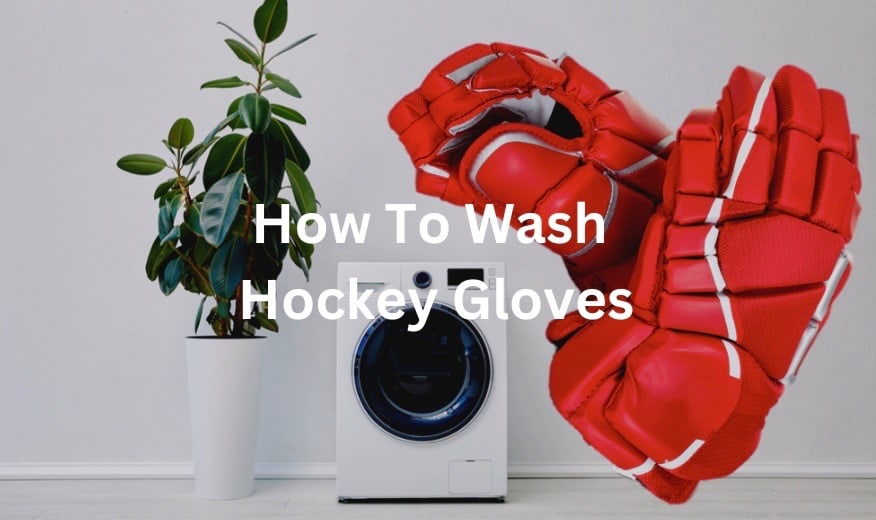 A good pair of hockey gloves can set you back quite a bit of money, so it is not like you are going to want to replace them when they begin to smell.

When your hands get hot, you want to have a good pair of gloves that will absorb and wick the water away from your skin, but that sweat goes somewhere.

That means that the sweat stays inside of your gloves and will eventually begin to smell.

Why Should You Wash Hockey Gloves

To begin with, let’s go over why, beyond the smell, you should wash your hockey gloves. Hockey players sweat a ton during practice and games.

They still need to wear the gloves, even with hot hands, in order to protect their hands and maintain a good grip on their sticks.

The sweat that builds up inside of the gloves will produce a bacterium that likes to grow in warm and moist areas. 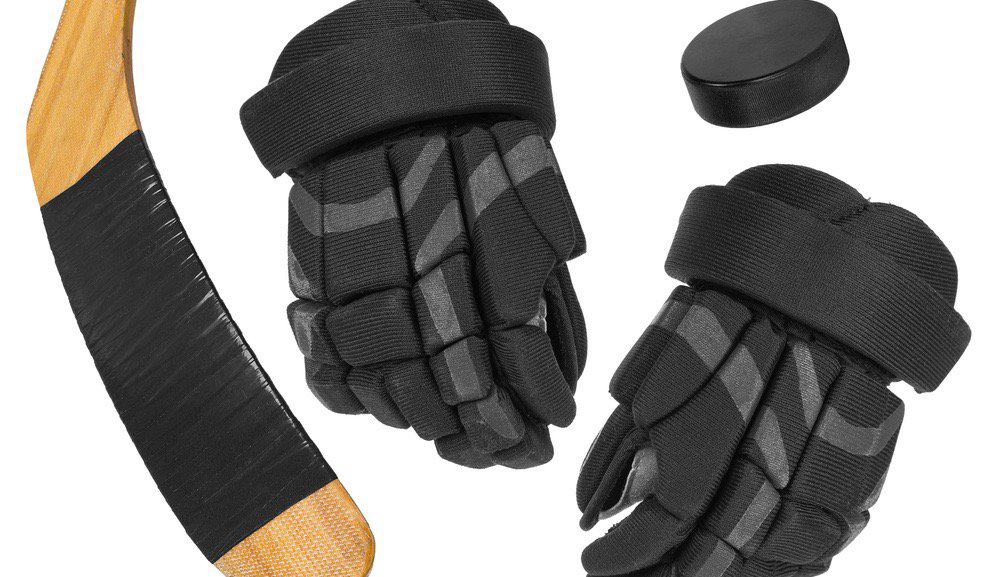 If these gloves are then left in a hockey bag, that bacteria can seep into other equipment, including the hockey bag itself. The result is a lot of unpleasantly smelling gear.

When bacteria is allowed to sit and grow like that, smell is one problem, but they also can lead to health problems, from something as mild as rashes to something more serious like an infection or disease.

The bacteria can also wreck the integrity of the fiber of the gloves and equipment as well, setting them up to breakdown at a faster rate.

If you are wondering whether you have to wash your hockey gloves every time that you use them, do not worry.

You do not need to wash them constantly. In between washes, you can help keep the bacteria and smell at bay by airing out your equipment.

You should be drying out all of your equipment in between uses regardless but allowing your hockey gloves to sit in a bag wet is the worst thing that you can do.

Instead, hang up your hockey gloves and allow them to dry. If you have a drying rack, that is the best thing that you can do.

You can also use a dehumidifier in the same room that you have the equipment in and you will find that the things dry out a lot faster than before.

If the weather allows for it, clip the gloves and other equipment on a clothesline outside in the sun.

Prepping Your Hockey Gloves For Washing

In order to prep your gloves for a good washing, you will need to take a couple of simple steps. The first thing to do is make sure that there is nothing hiding inside of the gloves.

Sometimes, especially if the hockey gloves have been stored in a bag, things can slip inside of the gloves, so be sure they have nothing hiding inside.

The next thing to do is to remove the liner inside of the gloves. Many of the higher-end hockey gloves have removable liners, so you can remove them and wash them with the gloves, but still keep them separate them.

You will need to read the washing instructions for your gloves as well. The majority of hockey gloves can easily be washed inside of a washing machine, so it will not be a big headache to wash the gloves.

How To Wash Your Hockey Gloves

Now that your hockey gloves are all prepped and ready to be washed, and you know what the manufacturer recommends for your gloves, it is time to actually wash them.

It is ideal for you to use a detergent that has been made for active wear, because they are formulated to destroy the bacteria caused by sweat.

As long as your gloves have been approved for a washing machine, you will be able to avoid hand washing.

On your washing machine, use a warm or hot water cycle. This eliminates the bacteria much easier than before.

You will also want to use a long washing cycle to get the gloves cleaned thoroughly, but do not use a power wash setting as it might be too hard on your gloves.

Some gloves will need to be hand washed. If the label on your gloves says that you need to hand wash them, you should still use the active laundry detergent and warm to hot water.

If they are meant to be hand washed, it is because a washing machine will likely destroy them.

After you have either washed the gloves by hand or by machine, you will need to dry them. Do not put your hockey gloves inside of a dryer.

You need to hang the gloves and allow them to air dry. Adding a fan or dehumidifier to the room will help them dry quicker.

What If Your Gloves Already Smell?

If you are finding that your gloves already smell and you are concerned that a simple washing will not be enough to get the smell out, you may need a detergent that is especially made to remove oils and bacteria.

A pre-soak for at least an hour before washing can help get the gloves ready for a good washing.

Ultimately, prevention is the best way to keep your hockey gloves from smelling. You should aim to wash your hockey gear, including your gloves, at least once a week if you are training every week.

Even if you play multiple times a week, you can still get away with washing your gloves weekly.