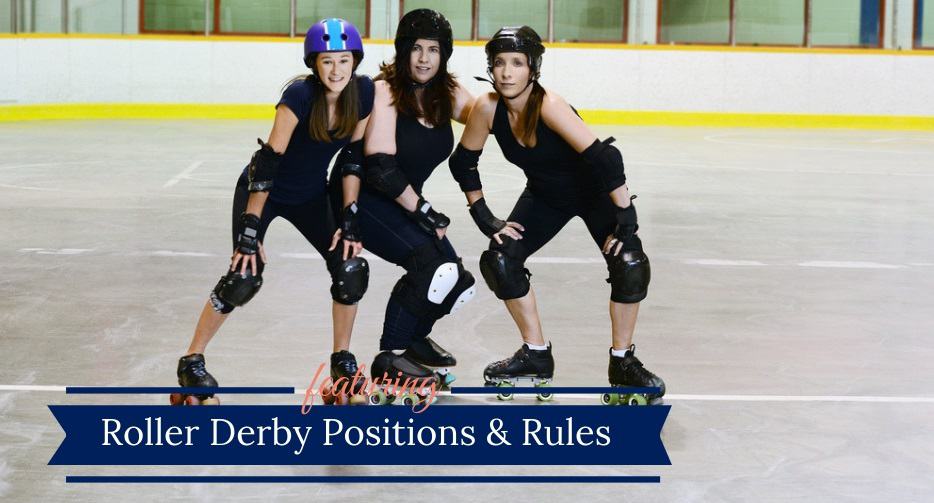 Whether you are just getting started in roller derby, or interested in how the sport works, the first thing that you need to know is how the game is played.

Knowing about all of the rules and positions of the game will help you sort out what you should be doing and what the game should look like while you are learning how to be a great player.

To start out, let’s take a look at all of the roller derby positions so you might be able to identify which position you would like to strive for.

Object of the Game

The object of the game with roller derby is to score more points that the competition. A team receives points when an offensive player, the jammer, laps a member of the other team. They have to avoid blockers who will use physical force to prevent the jammer from passing and allowing their own jammer to get by in the process.

Every roller derby team is made up of no more than 14 members, but there are five players in a game at any given time. These are the three blockers, the pivot, and the jammer.

Roller derby is played with quad skates, or four-wheeled, traditional roller skates. Inline skates, where the wheels are all in one row, are not used because they are easier to fall on. The quad wheels are easier to control, which can help you escape a jammer when you need to.

Roller derby is completely a contact sport, so there is a good chance that you might be injured along the way. To prevent injuries, you will need to wear mouth guards, knee and elbow pads, wrist guards, and a helmet. All of this equipment should help with bruises and other injuries.

A team can only score points in roller derby during a jam. The jams happen throughout each half and will last for two minutes, but the jammer in front can call them when she chooses. The blockers will try to prevent the opposing jammer from making it up to the front to prevent the jammer from scoring and to keep the other team’s jammer in the back. Blockers will often slam into the jammers trying to pass them. A jammer can score one point for each opposing team member that they lap.

A team wins the game by having the most points at the end of the game. Roller derby games do not end in a tie. If there is a tie when the two 30 minute periods are up, there will be a tiebreaking jam done in overtime to determine a winner. If a tie still happens after a jam, there will be continual jams until the tie is finally broken. A game is never allowed to end in a tie, but must be played until there is a clear winner.

As with any sport, there are rules that you have to play in roller derby. We are going to list them out for you below.

A player can receive penalties for inappropriate conduct. This includes:

When a skater has been given a penalty, she must leave the track immediately and go sit in the penalty box. Players have to sit for 30 seconds of jam time for each penalty given to them. They must stand for the last 10 seconds of the penalty.