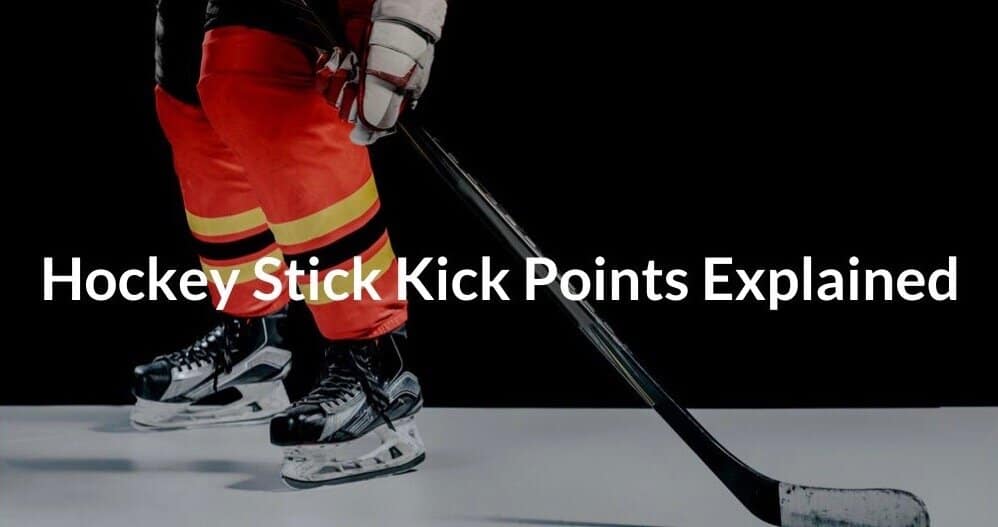 If you’re on the lookout for a new hockey stick and read product reviews you may be slightly puzzled when the term ‘hockey stick kick point’ is referred to.

The hockey stick kick point refers to where the stick is designed to flex the most, with most brands offering low, mid or hybrid kick options.

To generate power and flexibility, hockey sticks require a kick point which enables the stick shaft to bend. Without this bend, hockey sticks would be very stiff and prevent you from generating much power on the puck.

Kick points are created when manufacturers alter the composite layer formations on sections of the stick shaft to create softer and stiffer zones.

The position of the kick point affects stick performance, especially with shooting technique.

Finding a hockey stick with the most suitable kick point can dramatically improve your performance and take your game to the next level.

What Kick Points Are There?

The three most common kick point profiles are the low, mid and hybrid kicks. Each option is explained below.

Advances in technology have sped up the game of hockey with many players wanting equipment that supports fast play.

Low kick point sticks are engineered to release the puck from the stick as quickly as possible. While low kick sticks will lack top shooting power, they are ideal for goal poachers who are hovering around the net.

Some stick options known for a low kick point include the Warrior Covert or Bauer Vapor.

Mid-kick hockey sticks provide players with high-velocity shooting. The extra bend from the midshaft generates extra power and is ideal for long-range shooters who may take a bit more time to get a powerful shot on goal.

If you’re known for a slap shot or big one-timers, hockey sticks with a mid-kick point are more suitable.

Also referred to as a variable kick, the hybrid design amends the kick point based on where the hands are located on the shaft and where the weight is applied.

Given the demands of the modern game, sticks with a hybrid kick point are increasingly popular as players seek to master all aspects of the game.

Although low, mid and hybrid are the best-known kick point styles there are also some other kick point options for you to consider. Note, that some brands may not develop these so you will have to do a bit more research.

Easy to explain, the mid-low kick point is located between the mid and low zones of the shaft. This design supports a quicker load and release compared to mid-kick points but will be slower than low-kick options.

A good quality mid-low stick line for you to consider is the Warrior Alpha.

As you can expect, the high-mid kick point is designed to be located between the high and midpoints of the hockey stick.

The advantage of this style is the increased load and high energy transfer compared to other kick point options.

While added power may be ideal for many players, note that this kick point makes shot accuracy more difficult as well as a slower release.

The Bauer Supreme range has some great high-mid kick point options to consider.

Which Kick Point Is Best For Me? 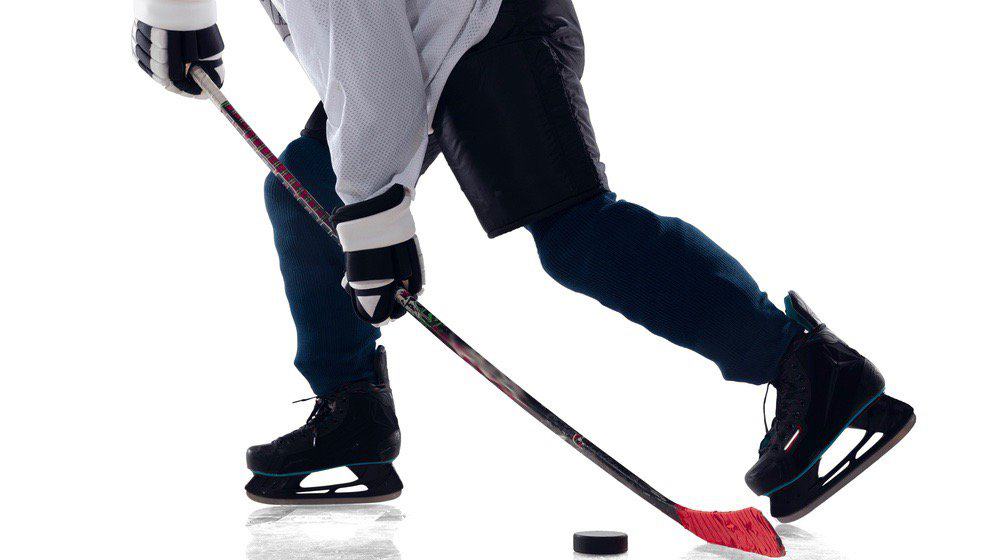 Selecting the best kick point for you depends on a couple of factors.

Firstly, what position do you play? If you’re a goalie or defensemen you are less likely to need a hockey stick with a quick release as you’re less likely to be around the offensive goal. Instead, power and velocity may be prioritized by opting for a mid-kick point stick.

Offensive players hovering around the goal will typically opt for low-kick point sticks to support them in getting quicker shots on goal.

Secondly, what is your playing style? Are you a dribbler, a trickster, a poacher or a rock? All of these playing styles will suit certain hockey kick point profiles.

The characteristics of low and mid kick point sticks are explained below.

Hopefully, you now know the range of hockey stick kick point options and the differences between them.

Low, mid and hybrid are the most common options which you will see offered by all leading brands such as Bauer and CCM.

When looking at hockey stick product reviews always look out for the kick point profile as this significantly affects how the stick feels and your shooting capability.

Also, consider your playing style and position to help you choose the best hockey stick kick point to take your game to the next level.