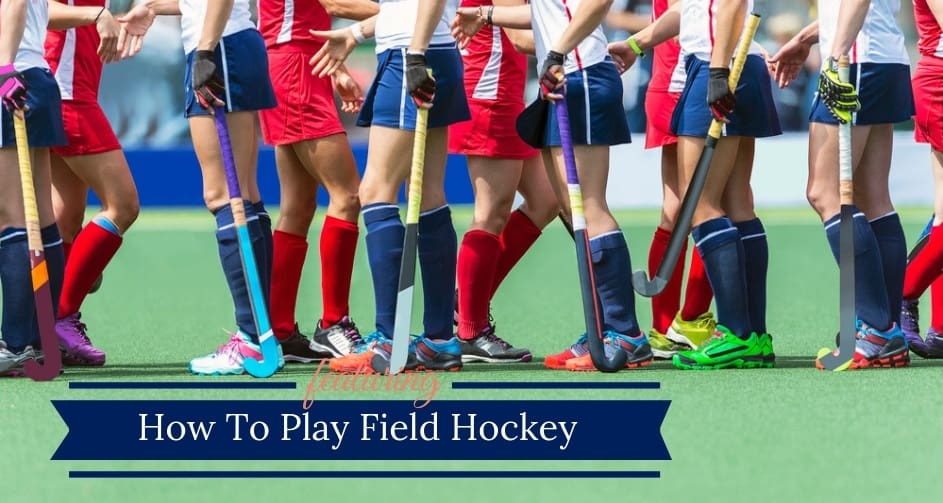 Whether you already play ice hockey and were hoping for an outdoor sport or are simply interested in getting started with field hockey, you will need to know how the game is played.

Field hockey is not like ice hockey, however, so we will break down the rules for you.

The object of field hockey is to win the game by scoring the most goals by shooting a ball into the goal with a field hockey stick. Each time the ball goes into a goal, the team that made it gets a point.

Each field hockey team is made up of 11 players. Of these players, there is 1 goalie and 10 outfield players. Among the outfielders, there are defenders, midfielders, and attackers.​

The amount of each position will vary from team to team and even in some cases, there is not a goalie manning a goal at all times.

A field hockey pitch is 100 yards long and 60 yards wide, with three lines running across the width. The lines are made up of two 25-yard lines and one halfway line. The goal of the pitch is 4 yards wide.

Players are allowed to shoot from the 16-yard line, but goals shot from outside of this line will not be counted.

The ball in the game is a hard plastic ball and can only be struck by the flat side of the stick, never the rounded side. Players must wear shin guards and mouth guards for protection.

Goalies typically wear more padding because they are more likely to be hit by the ball, including a face mask, helmet, padded gloves, a chest pad, and leg guards. Players will also want to wear field hockey cleats to prevent themselves from slipping. Field hockey cleats have small, rubber cleats, similar to soccer cleats.

A goal is made when the ball is hit between the goal posts from within the 16-yard area. It has to be hit in using the stick and not any part of the body. A goal can also be scored from penalty corners.

A penalty corner is awarded when a foul has been committed in the 16-yard area. All of the attacking team has to be outside of the 16-yard area when a player hits the ball to them from 10 yards from the goal line.

A field hockey game is made up of two 35 minute halves with a 5 minute rest in the middle. If the game is tied at the end of the two halves, it ends in a tie and is considered a draw. There is no overtime in field hockey.

There are a few rules to keep in mind when playing field hockey.

In most other sports of the type, obstruction, as in shielding the ball with your body, is permitted and part of game strategy.

In field hockey, however, this is against the rules. All players have the same chance to getting control of the ball as it is passed or dribbled down the pitch.